On numerous occasions before, Kate Middleton, the Duchess of Cambridge, has borrowed from her late mother-in-law Princess Diana’s collection of accessories, thereby honouring her memory and paying a sentimental tribute to her.

In fact, her engagement ring once belonged to Diana and so, a part of her always stays on Kate.

On the occasion of Trooping the Colour parade, the first event of the many scheduled for Queen Elizabeth II’s platinum jubilee celebrations — that marks her 70th year on the throne — the duchess was seen in an impeccably stylish look, but what stood out the most, was a pair of diamond and sapphire earrings that was previously worn by Princess Diana during the queen’s birthday parade. 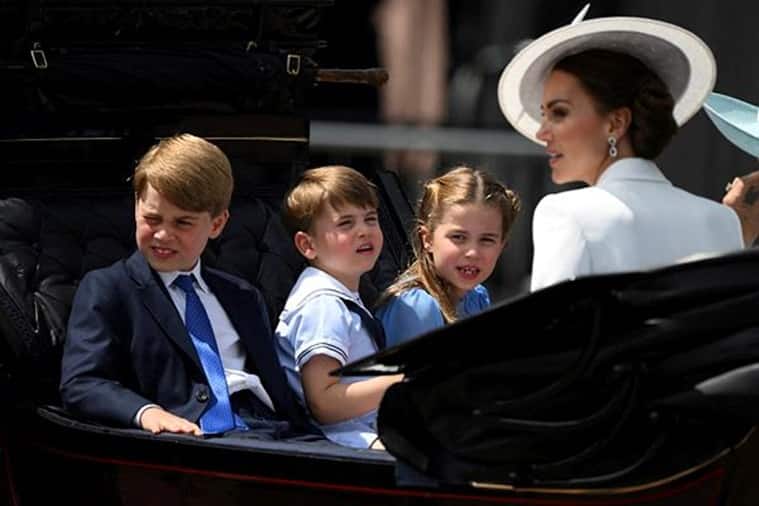 Prince George of Cambridge, Prince Louis, Princess Charlotte and Catherine, Duchess of Cambridge, travel in a horse-drawn carriage during the Trooping the Colour parade. (Daniel Leal/Pool via REUTERS)

Kate, who sat on a carriage that was a part of the royal procession, was joined by her three children — Prince George, Princess Charlotte and Prince Louis — along with the Duchess of Cornwall, Camilla Parker Bowles. 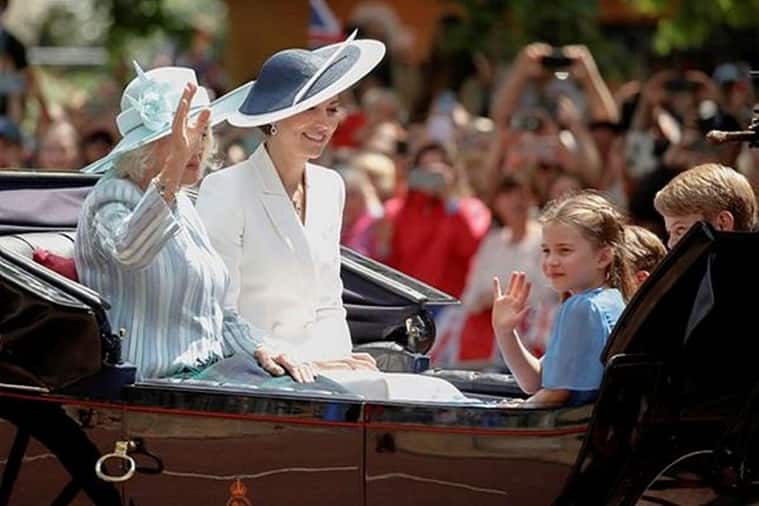 Camilla, Duchess of Cornwall, and Princess Charlotte wave while riding in a carriage with Catherine, Duchess of Cambridge, as they attend the Trooping the Colour parade. (REUTERS/Peter Nicholls)

She kept her overall look simple and classy, by opting to wear a white blazer dress and a blue and white fascinator. Her blue sapphire drop earrings, which are surrounded by diamond crystals, matched with her blue engagement ring, which Prince William, the Duke of Cambridge, gifted her during their engagement in 2010. Duchess of Cambridge, rides in a carriage during the Trooping the Colour parade in celebration of Britain’s Queen Elizabeth’s Platinum Jubilee in London. (REUTERS/Hannah McKay/Pool)

Notably, these earrings were worn several times by Diana, and she is believed to have once worn them to the Met Gala in 1996, one year prior to her tragic death in a car crash.

What do you think of Kate’s look?

Acetaminophen during pregnancy may be linked to attention…

Think retirement is out of reach? Here’s what you need…